Christina Magliocco began her karate training in 1989 at the age of 14, after constant pressure from her father and him wanting her to be able to defend herself she began her study in Japanese Goju Ryu under Sensei Don Warrener (who has been instructing since 1969) in Hamilton, Ontario at the legendary Don Warrener’s Martial Arts Academy “DELTA” Dojo. After 5years of rigorous training she achieved her Black Belt.

Just prior to her receiving her Black Belt she wanted to test her skills by competing against the best of the best and the only place to do that was at the fabled Battle of Atlanta competition with over 2500 competitors held in Atlanta, Georgia. She competed in all three divisions which were Kumite (sparring), Kata (forms), and Kobudo (weapons). After competing in huge divisions with competitors from all over the world she came away not only first in Kumite and Kata but also Kobudo, taking the Triple Crown title.

Then in late 1994 she wanted to compete internationally at the Pan American Championships held in Curitiba, Brazil where she walked away winning Silver in sparring and Bronze in forms. In 1995 in Milano, Italy she competed against Europe’s best and came away with the GOLD medal in forms winning the European title.

Her biggest challenge was yet to come in 1996 at the World Championships sanctioned by the WKO in her home town Hamilton, Ontario.

After controversial judging she came away with only a Silver medal. However true to her character she rose to the occasion and began her training for the 1998 World Championships sponsored by Disney Studios held in Orlando, Florida. She trained daily by herself and with her Sensei with her main focus being on forms and weapons.

She was defeated again by controversial judging in forms and weapons and decided to take this negative energy and turn it into positive for the sparring division. After defeating the Italians, Germans, English, Irish, and the Americans she was paired up against the favoured Brazilian for the Gold medal. In overtime match with the score 2-2 she scored in overtime with a perfectly placed and perfectly timed reverse punch to the mid section bringing home the GOLD making her a true WORLD CHAMPION!

Her dream came true in 1996 when she was able to continue her Sensei’s legacy and became the head instructor for the children’s program at her very own karate school once owned by her Sensei.

Then in 1997 she challenged herself again and took over a karate school in Mississauga, Ontario that was doomed for failure. In less than 3 months she tripled the enrollment of students and its now known as East West Karate and Fitness, she was once again on the Road to Success!

She won the 1998 World Karate Championship sponsored by Walt Disney in Orlando, Florida. Christina Magliocco continues her journey in Martial Arts and Fitness to educate and train the next generation of students. 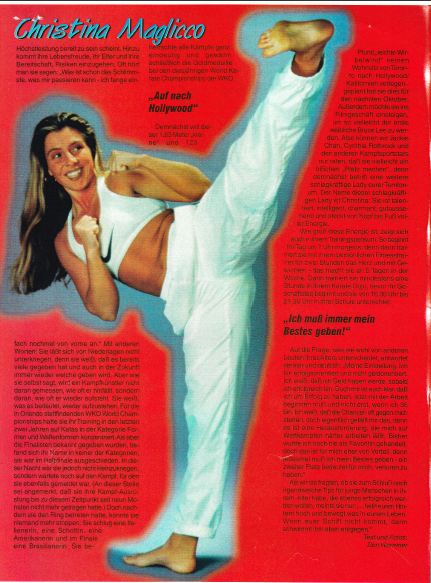 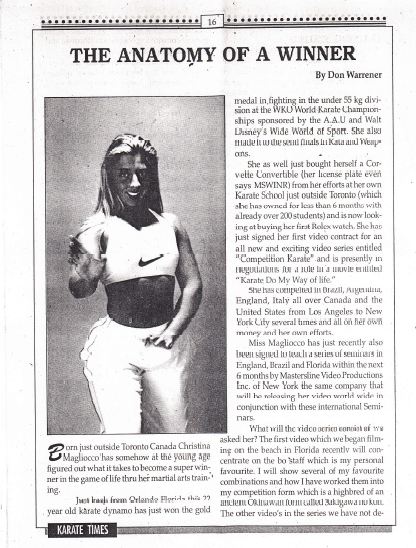 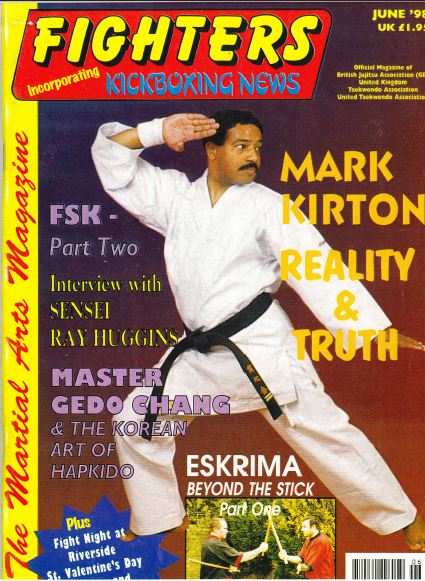 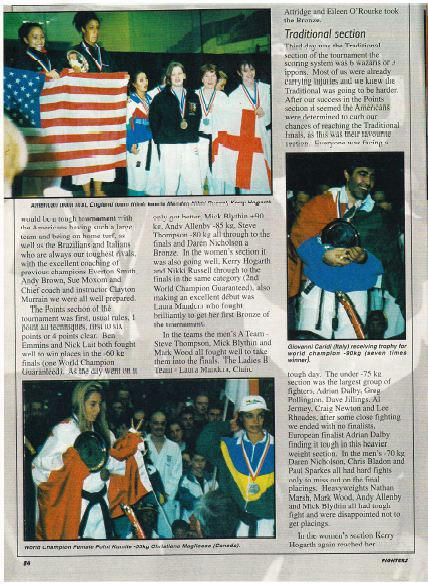 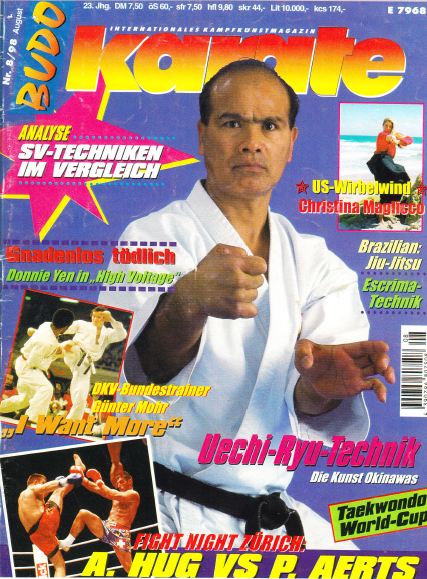 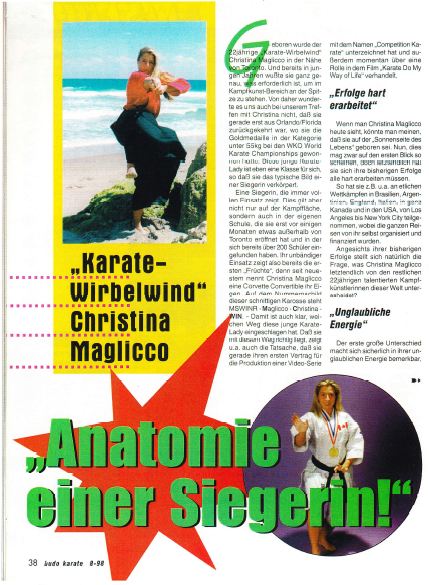 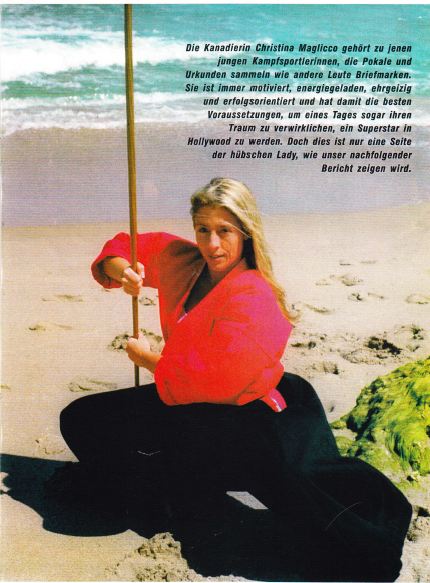 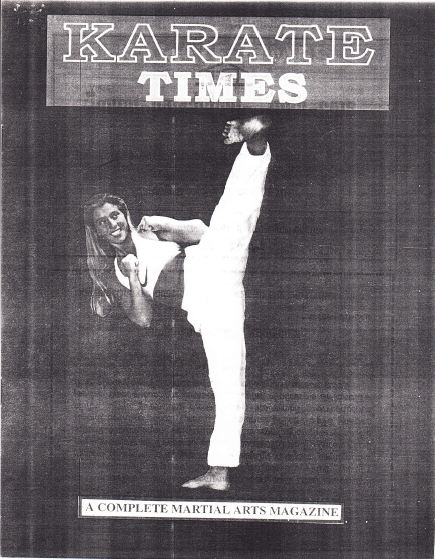 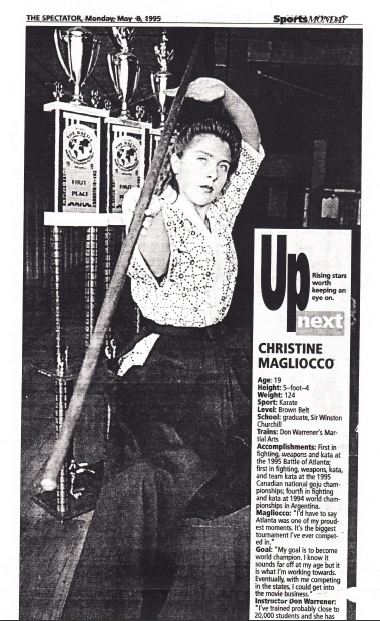 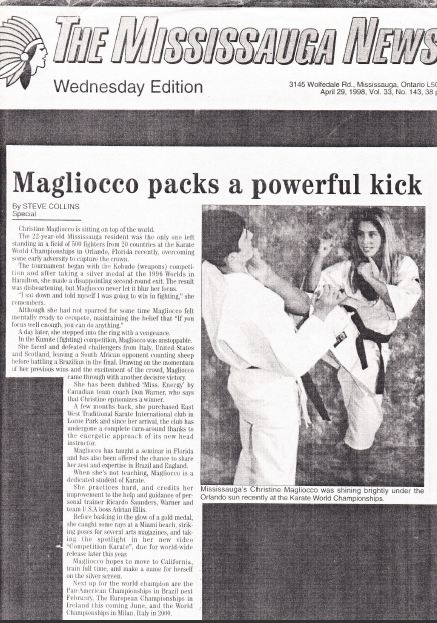 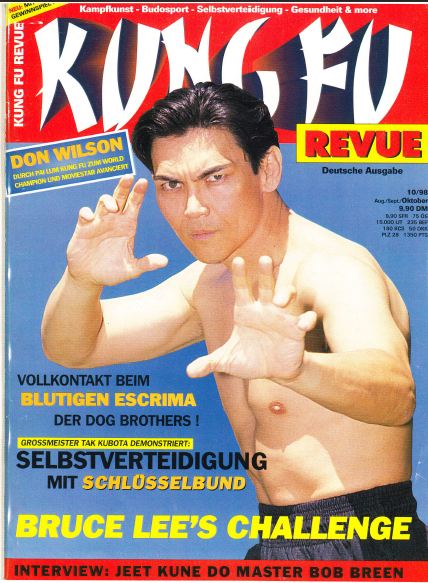 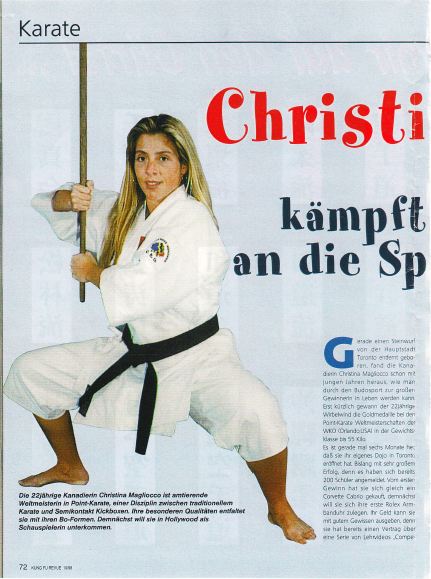 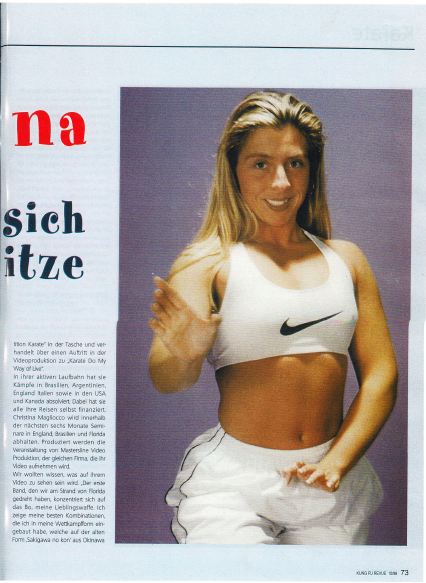 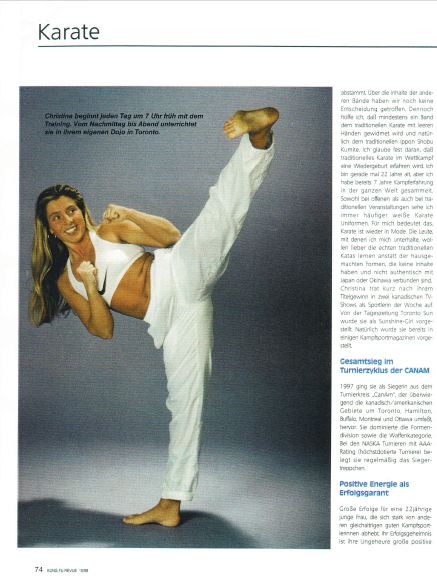 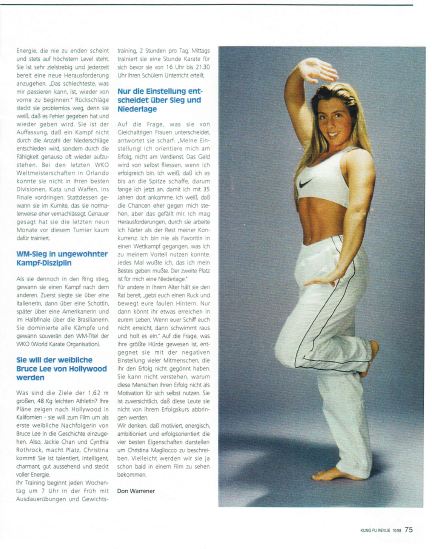 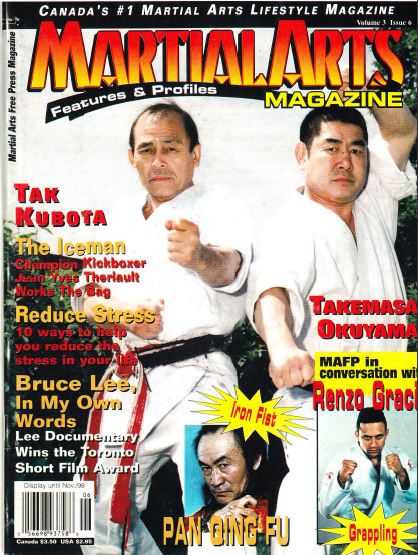 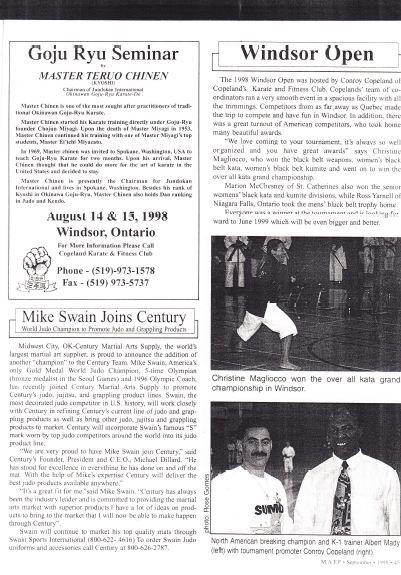 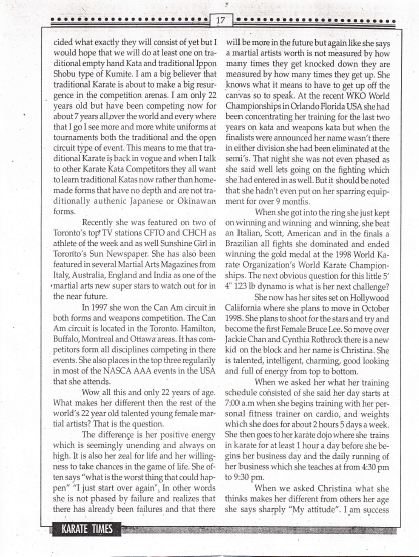 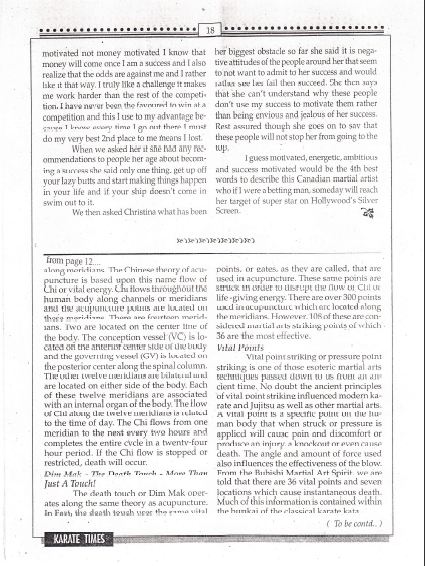 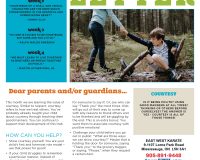 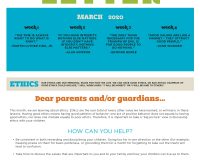